I pretty much disconnected from The States the whole time I was doing this gig in Mexico. I mean, I watched a little bit of CNN International at night to keep up with the absolute insanity and the abject embarrassment that IS Donald J Trump. But for the most part the last 11 days have been about sharing music and laughs, stories and thoughts and feelings with around 600 sweet people. I’ve had wonderful conversations with so many of the kind, beautiful people of Mexico. I’m heading back over Trump’s wall on Tuesday! 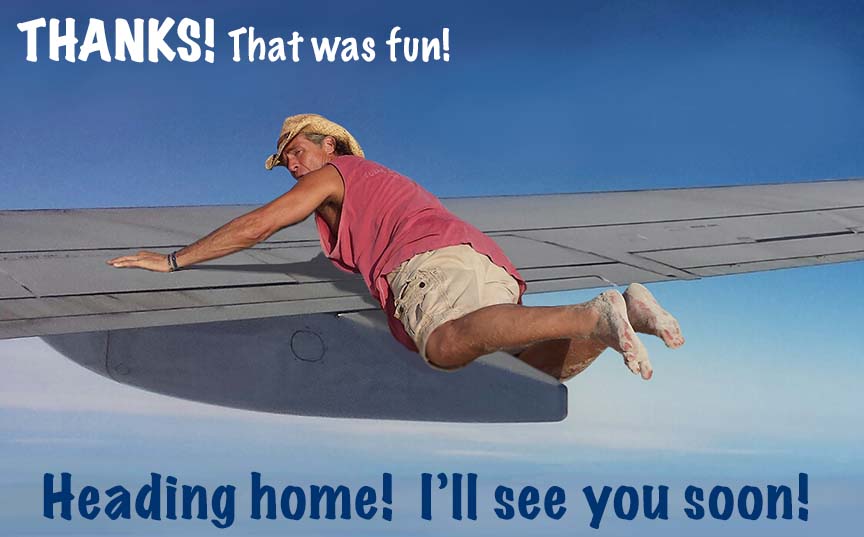 It’s been a great trip. Amazing people. Lots of Love… friendship. Lotsa of music!  But it’s fascinating. I really have a strange feeling I’ve never felt in my lifetime, and that is… I feel like I honestly don’t know the country to which I’m returning. But I’ll keep showing up if you will!!! If you don’t follow me on Facebook, go there now and then keep checking back to see if they let me back into the country!

Gotta tell you guys, my Creative soul is on fire these days. There is so much going on for me as a playwright and as a songwriter. Last week, I did all the paperwork for our outdoor season in Central Park this year. Believe it or not, I have been an under-the-radar, fiercely independent singer/songwriter for over 25 years now. I’m a very, very lucky man and maybe the luckiest independent artist I know.

HERE’S THE NEWEST SONG. (An answer to Trump-ism… inspired by Trump voters, but dedicated to the rest of us.

And to give you a smile today… here’s the first concert video from our gig at Merkin Concert Hall here in NYC last December. Man we had a good time.